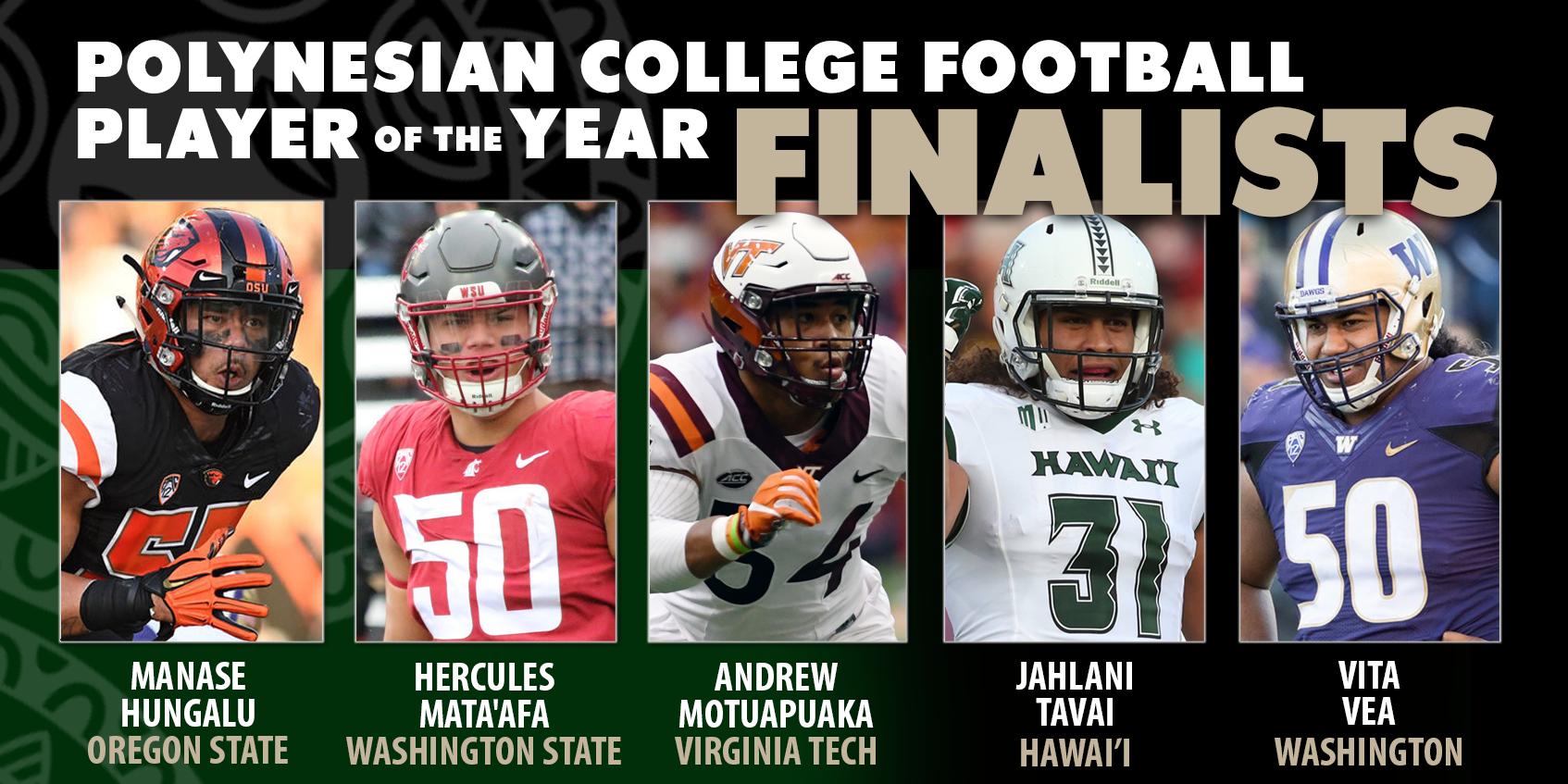 “With more than 500 players of Polynesian ancestry playing Division I football today, the Polynesian College Football Player of the Year Award has become one of the most prestigious awards in college football,” said Jesse Sapolu, Chairman and Co-Founder.  “On behalf of our Board of Directors, we would like to congratulate each of this year’s finalists.”

The Polynesian Football Hall of Fame honors Polynesia’s greatest players, coaches and contributors. It also serves as a resource for Polynesian football history, provides academic scholarships and supports educational programs for Polynesian youth. Its permanent home is located at the Polynesian Cultural Center (Laie on O’ahu’s North Shore) and was established in 2013 by Super Bowl Champions Jesse Sapolu and Ma’a Tanuvasa. Other board members include Troy Polamalu, Vai Sikahema, June Jones and Reno Mahe.  For more information, visit www.PolynesianFootballHOF.org.