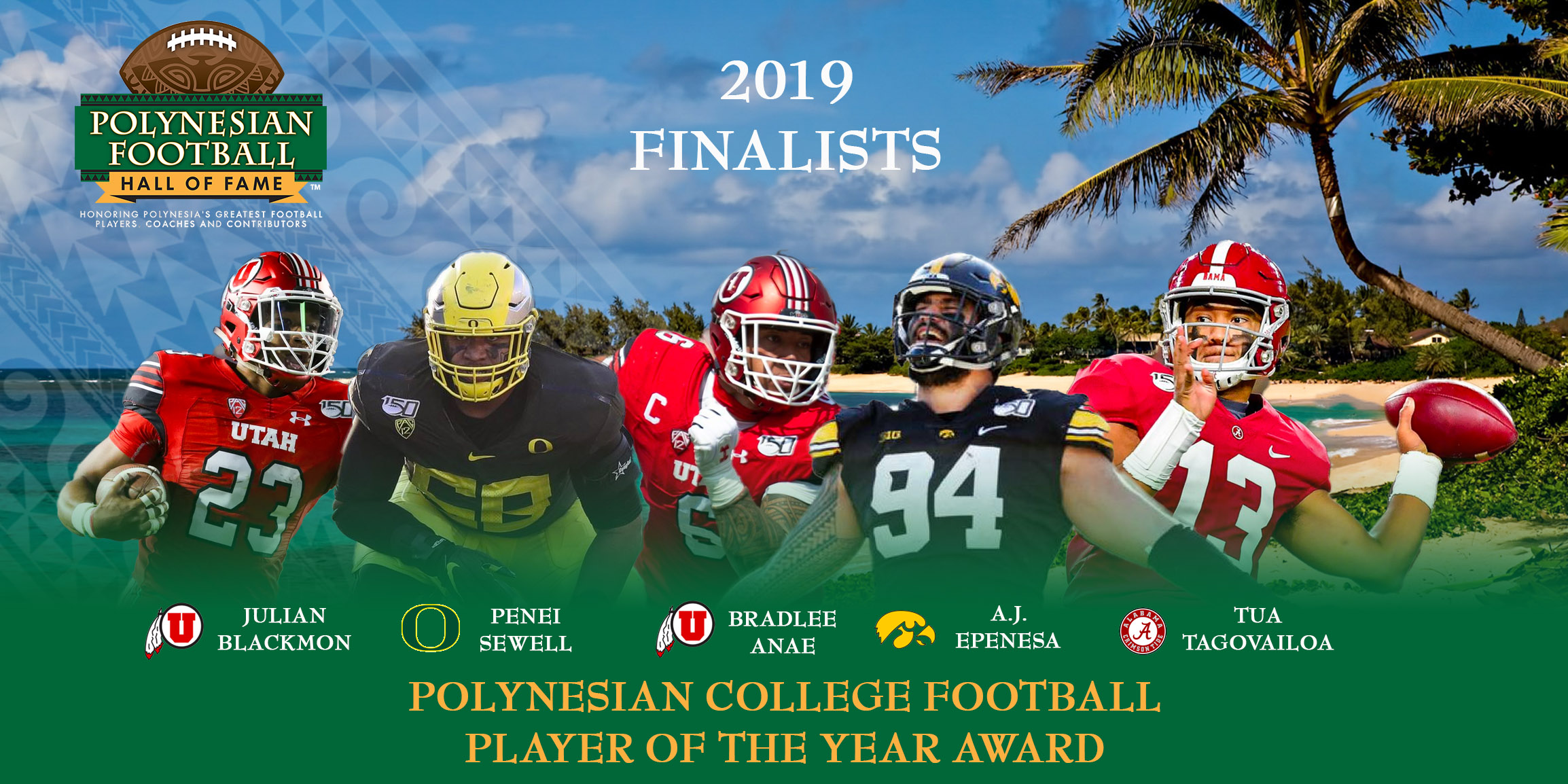 Honolulu, HI (December 10, 2019) – The Polynesian Football Hall of Fame announced today five Finalists for the Polynesian College Football Player of the Year Award.  The Award is presented annually to the most outstanding college football player of Polynesian ancestry that epitomizes great ability and integrity.

“The Polynesian College Football Player of the Year Award allows us to showcase the tremendous impact of our Polynesian student-athletes,” said Jesse Sapolu, Chairman and Co-Founder.  “We congratulate the finalists on an incredible season and look forward to celebrating their success.”