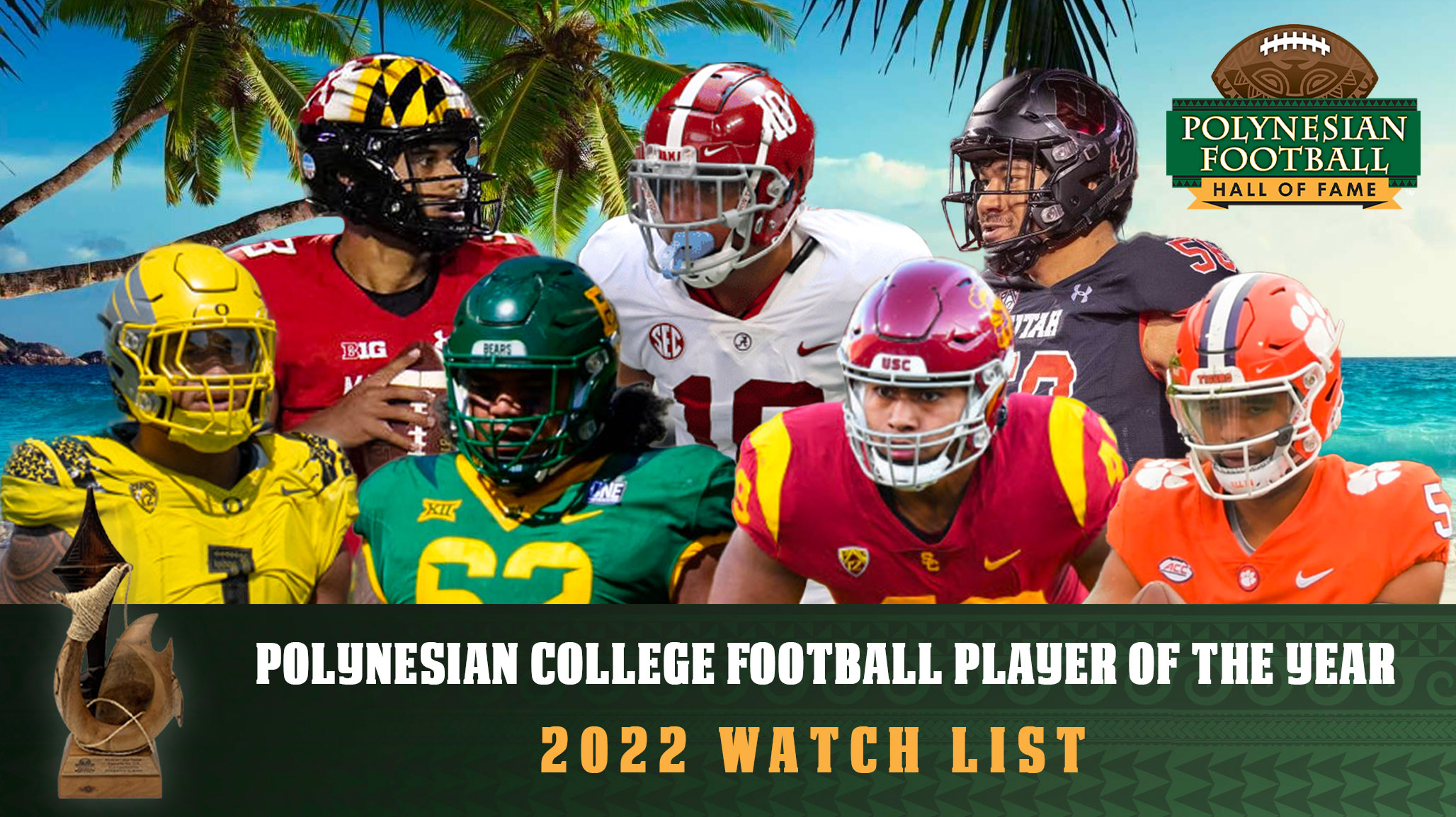 Honolulu, HI (August 18, 2022) – The Polynesian Football Hall of Fame announced today the 2022 Watch List for the Polynesian College Football Player of the Year Award. The Award is presented annually to the most outstanding college football player of Polynesian ancestry that epitomizes great ability and integrity. The Watch List is composed of 85 players from 43 different FBS schools.

“The Polynesian College Football Player of the Year Award has become one of the most competitive and prestigious awards in college football,” said Jesse Sapolu, Polynesian Football Hall of Fame Chairman, Co-Founder and Inductee. “This award has become a source of great pride for Polynesians everywhere.” 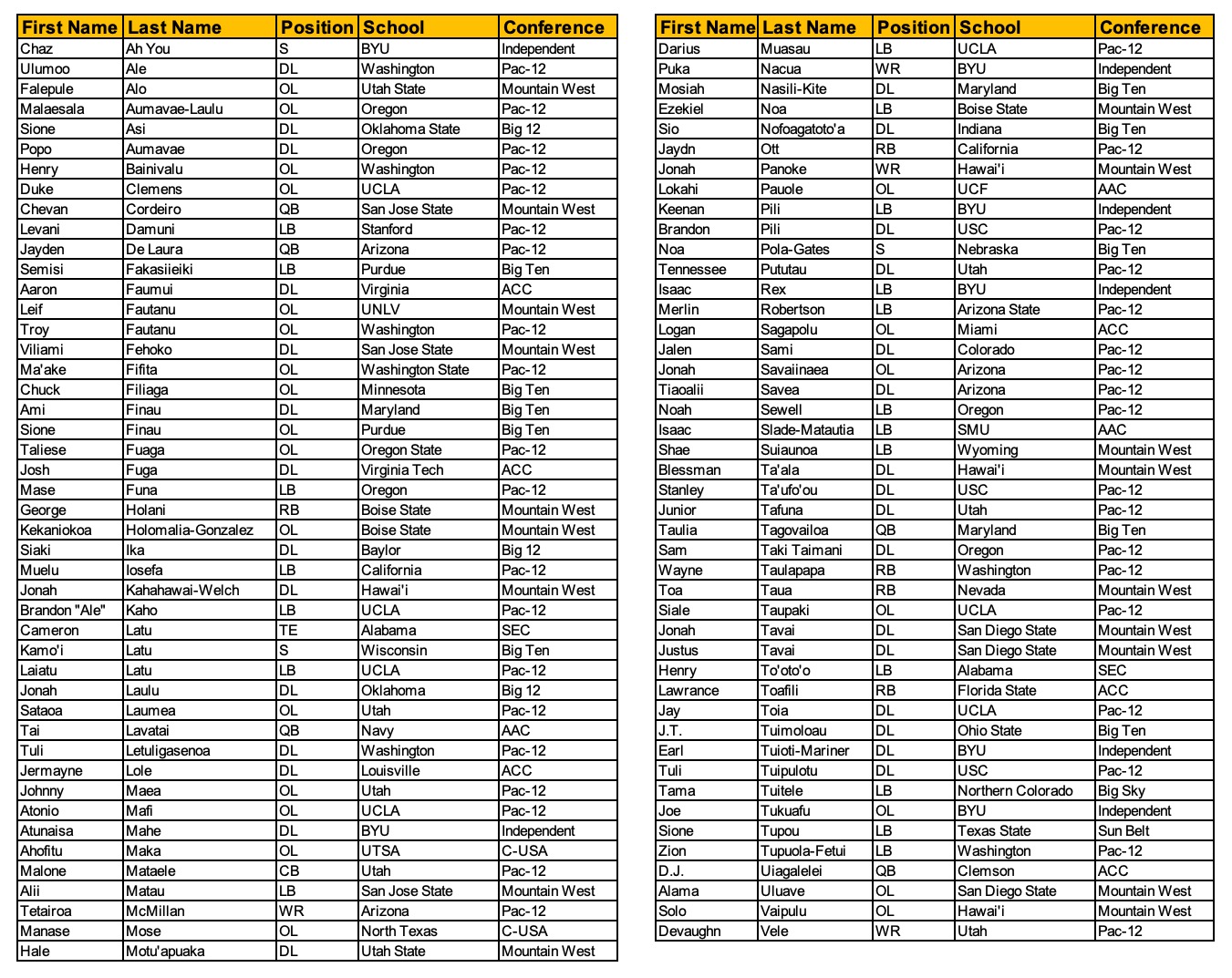 The Polynesian Football Hall of Fame honors Polynesia’s greatest players, coaches, and contributors. Its permanent home is located at the Polynesian Cultural Center (Laie, Hawai‘i) and was established in 2013 by Super Bowl Champions Jesse Sapolu and Ma’a Tanuvasa. Other board members include Troy Polamalu, Vai Sikahema, June Jones and Reno Mahe. There are currently 42 inductees. The Polynesian Football Hall of Fame has provided over $300,000 in college scholarships to date. For more information, go to PolynesianFootballHOF.org.

ABOUT THE POLYNESIAN BOWL

The Polynesian Bowl is a premier all-star game played annually in Honolulu, Hawai‘i that features 100 of the nation’s top ranked high school seniors of Polynesian and non-Polynesian ancestry alike – many whom have gone on to play in the NFL. The game has become the most sought-after all-star football invitation – a rapid rise from its inaugural game in 2017. This past January, top ranked 2022 player Travis Hunter participated in the game and was named Offensive MVP. The game will be broadcast live and in primetime on NFL Network. Major partners include Microsoft Surface Pro, adidas, BodyArmor, Riddell, CrossCountry Mortgage, Friends of Hawai'i Charities, Hawaiian Airlines, HBCTC, Hawai‘i News Now and World Wide Safety. For more information, go to PolynesianBowl.com.