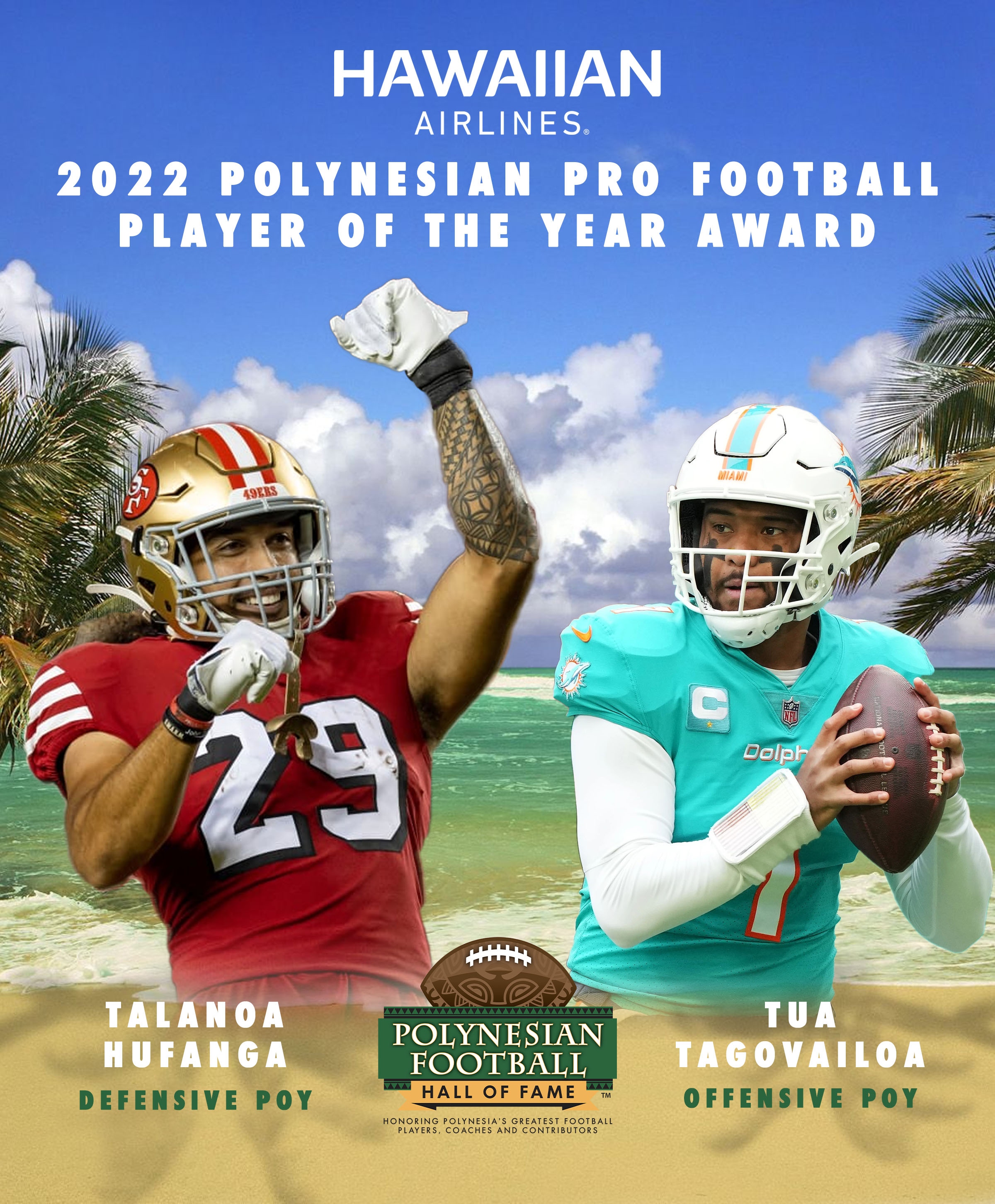 Talanoa Hufanga, of Tongan descent, was named the Polynesian Defensive Player of the Year. Hufanga was a fifth-round pick by the 49ers in the 2021 NFL draft. In 14 games this season, Talanoa recorded 75 tackles (five for loss), defensed eight passes, recorded two sacks, forced two fumbles and has four interceptions, one of which he returned 52 yards for a touchdown.

Tua Tagovailoa, of Samoan descent, was named the Polynesian Offensive Player of the Year. Tagovailoa was a first-round pick by the Dolphins in the 2020 NFL draft. In 13 games this season, Tua completed 259 of 400 passes for 3,548 passing yards with 25 passing touchdowns. He compiled the NFL’s best passing-efficiency rating for the 2022 season at 105.5.

About the Polynesian Bowl: The Polynesian Bowl is a premier all-star game played annually in Honolulu, Hawai`i that features 100 of the nation’s top ranked high school seniors of Polynesian and non-Polynesian ancestry alike – many of whom have gone on to play in the NFL. The game has become the most sought-after all-star football invitation – a rapid rise from its inaugural game in 2017. This past January, top ranked 2022 player Travis Hunter participated in the game and was named Offensive MVP. The game will be broadcast live and in primetime on NFL Network. Major partners include Microsoft Surface Pro, adidas, BodyArmor, Riddell, CrossCountry Mortgage, Kamehameha Schools, Friends of Hawai`i Charities, Hawaiian Airlines, HBCTC, Hawaiʻi News Now and World Wide Safety. For more information, go to www.PolynesianBowl.com.