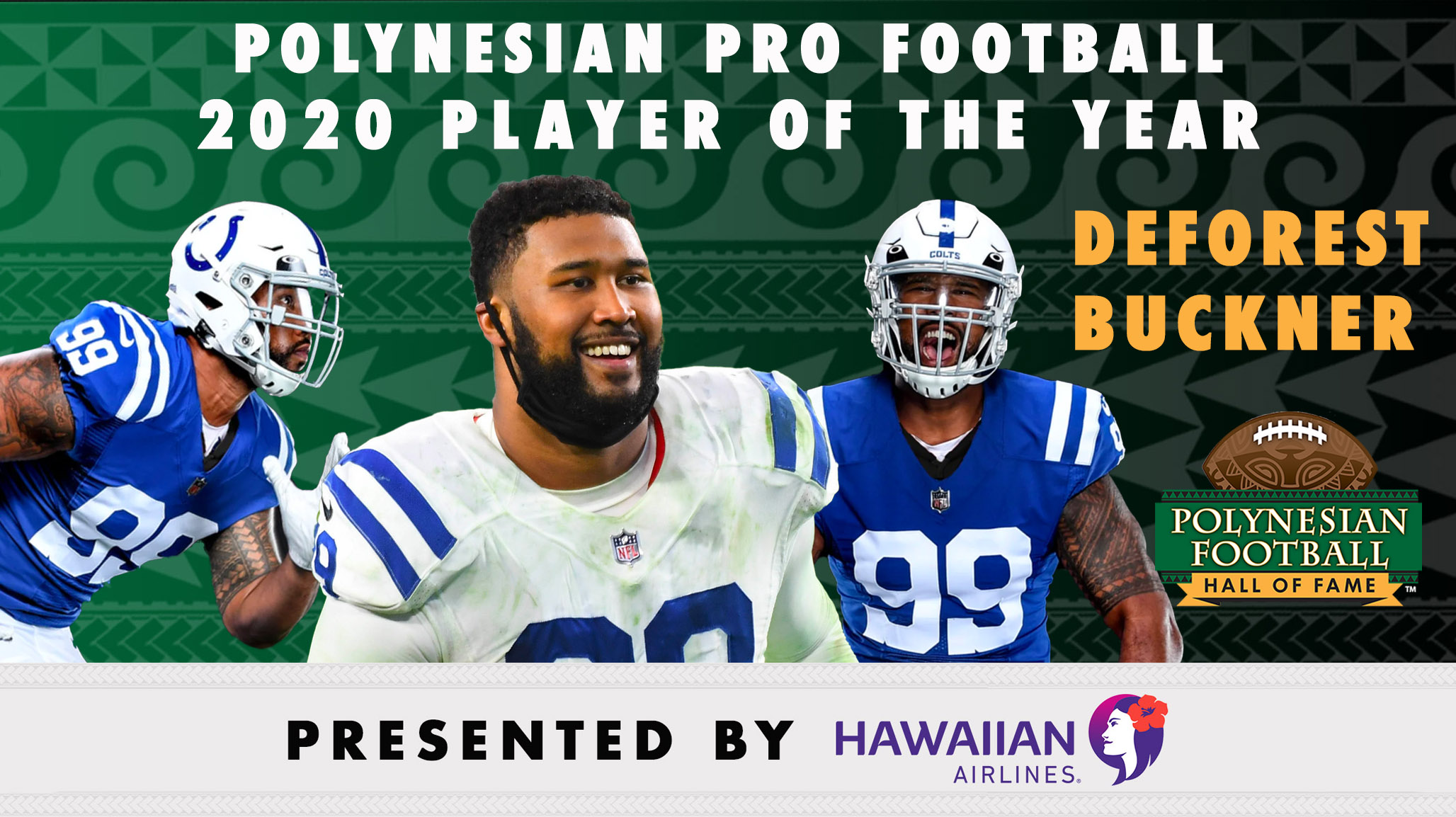 (CLICK HERE FOR A VIDEO MESSAGE FROM DEFOREST BUCKNER)

Honolulu, HI (January 21, 2021) – The Polynesian Football Hall of Fame announced today that Indianapolis Colts Defensive Lineman, DeForest Buckner has been selected as the 2020 recipient of the Polynesian Pro Football Player of the Year Award presented by Hawaiian Airlines.

The 6-foot-7, 295-pound Buckner is of Samoan descent. He is in his fifth year out of the University of Oregon. This season, DeForest played in 15 games and compiled 58 tackles (37 solo), 10 tackles for loss, 9.5 sacks, three passes defensed, two forced fumbles and one fumble recovery. Among NFL defensive tackles, he ranked in the top-five in tackles (fourth), solo tackles (second), tackles for loss (third), sacks (second) and forced fumbles (third). Buckner’s 9.5 sacks set the Colts franchise record for the most by a defensive tackle in a single season. He was named a first team All-Pro selection.