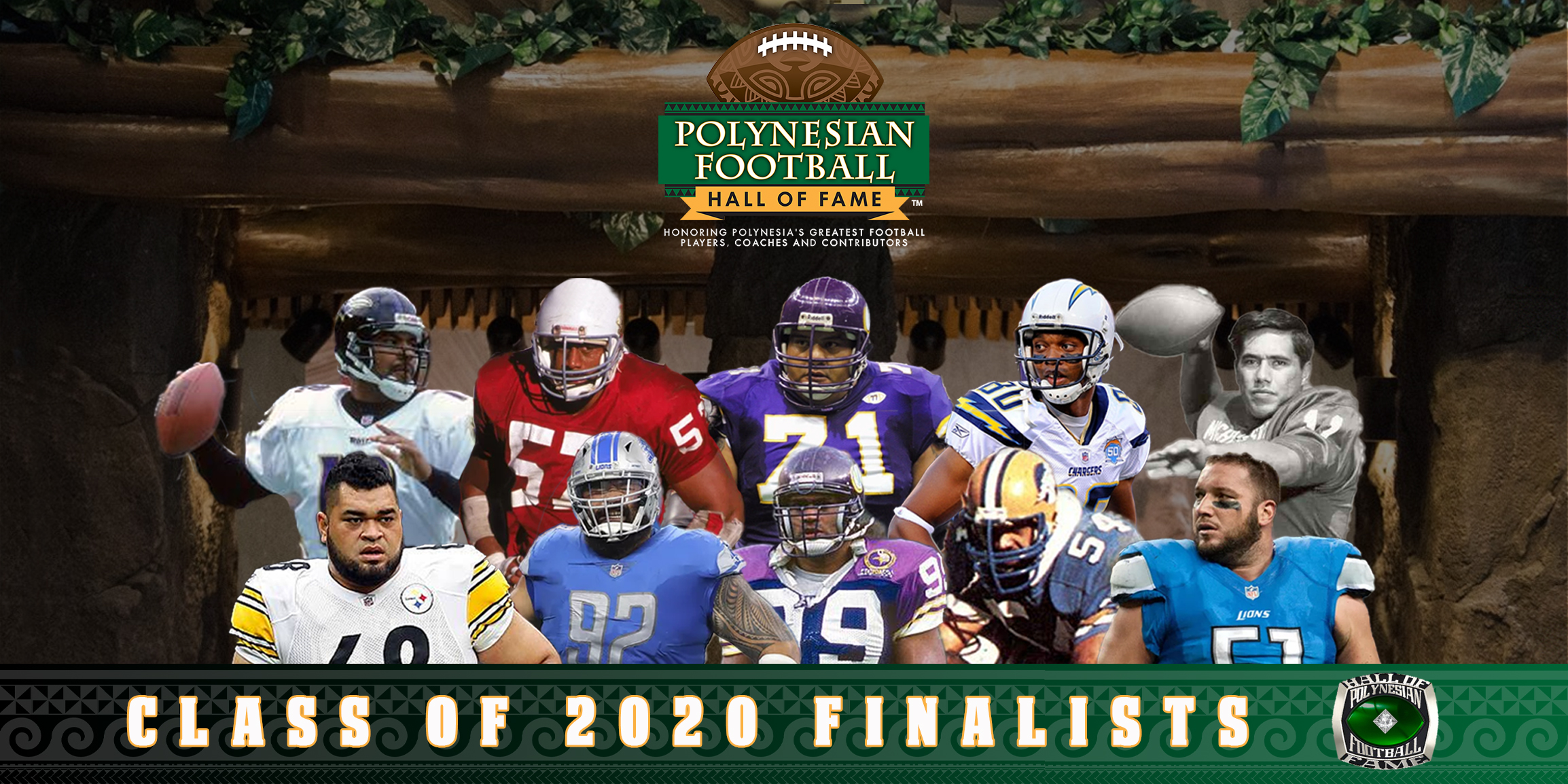 “On behalf of our Board of Directors, we congratulate the Class of 2020 Finalists,” said Jesse Sapolu, Polynesian Football Hall of Fame Chairman, Co-Founder and Inductee. “Each of the finalists has made a significant impact on our community and the game of football.”