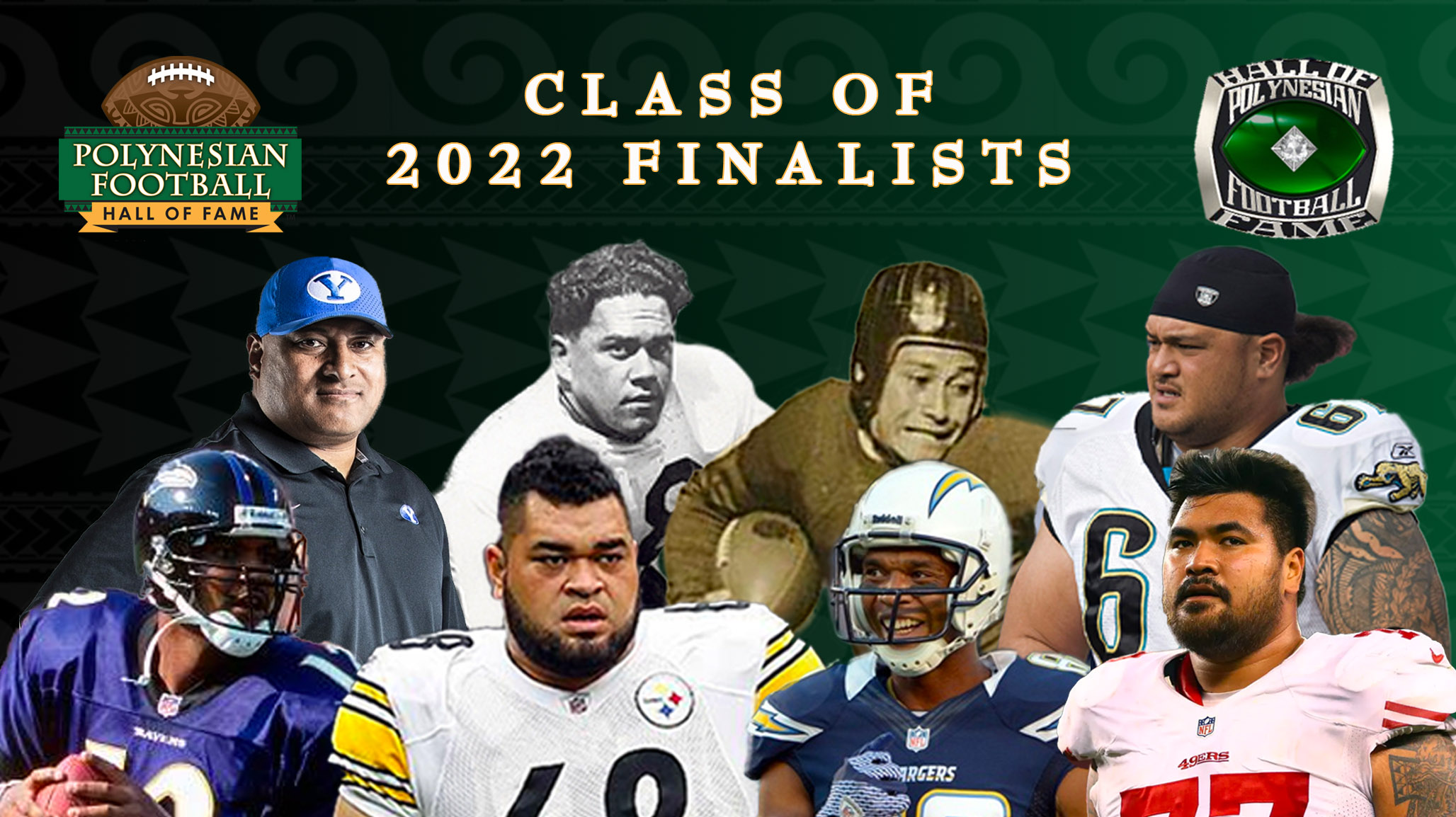 “Congratulations to each of the Polynesian Football Hall of Fame Class of 2022 Finalists on this historic achievement,” said Jesse Sapolu, Chairman and Co-Founder.  “Each finalist has had a tremendous football career and they represent the very best of our Polynesian people.”

Three inductees will be announced on November 4, 2021.