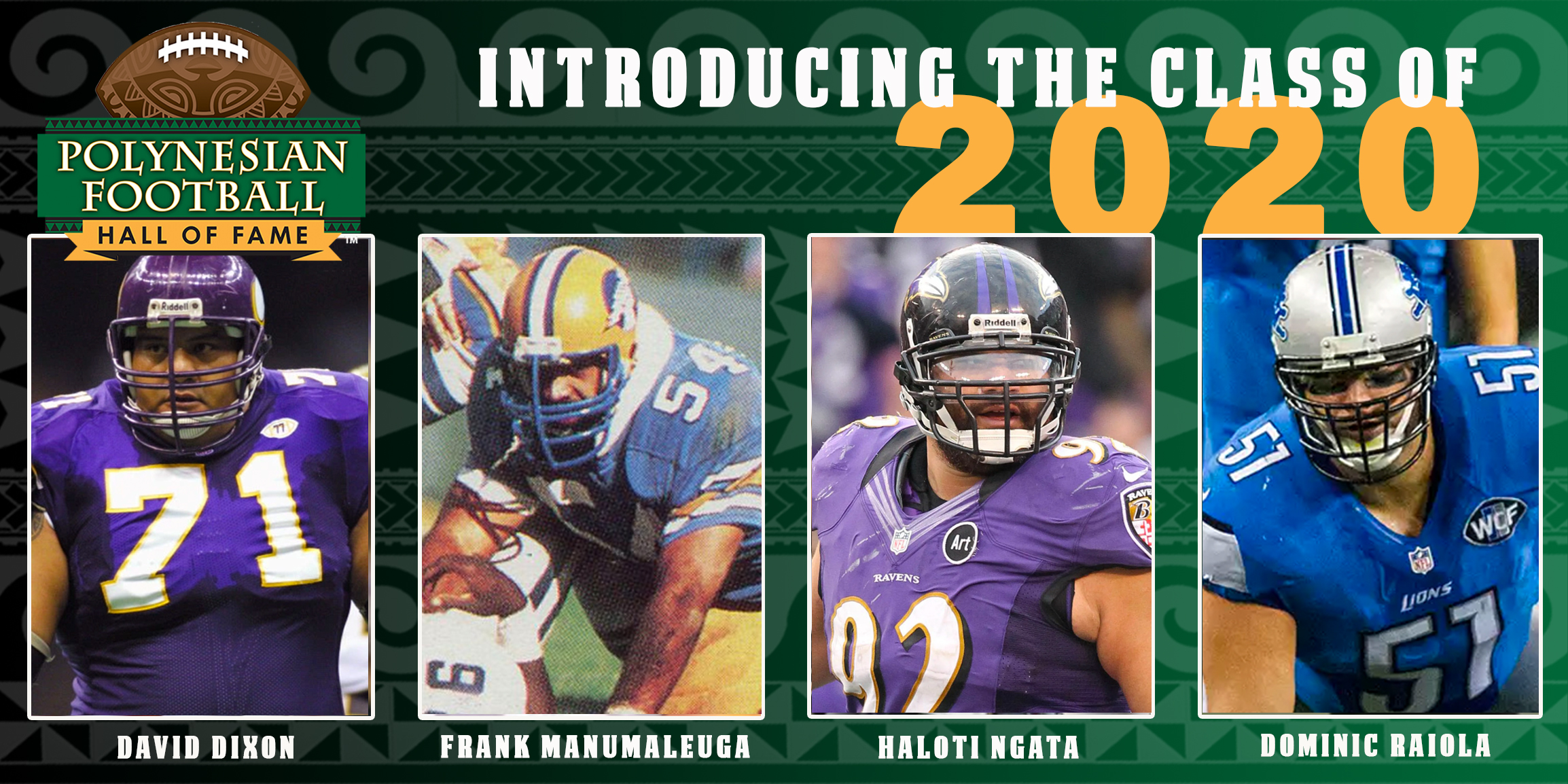 October 23, 2019 (Honolulu, HI) – The Polynesian Football Hall of Fame unveiled its Class of 2020 today. Four Inductees were selected from a list of 10 Finalists.

The Class of 2020 is David Dixon of Māori Ancestry, Frank Manumaluega of Samoan Ancestry, Haloti Ngata of Tongan Ancestry and Dominic Raiola of Hawaiian Ancestry.

“On behalf of our Board of Directors, we congratulate the Class of 2020,” said Jesse Sapolu, Polynesian Football Hall of Fame Chairman, Co-Founder and Inductee. “Their accomplishments on and off the field make each of them truly worthy of this recognition.”

MāoriAncestry… Offensive Lineman … Arizona State University … Minnesota Vikings … 13 years professionally … Drafted in the 4th Round (44th pick) in the 1992 NFL Draft … Started 134 of the 152 games he played in the NFL … Born January 5, 1969 in New Zealand.