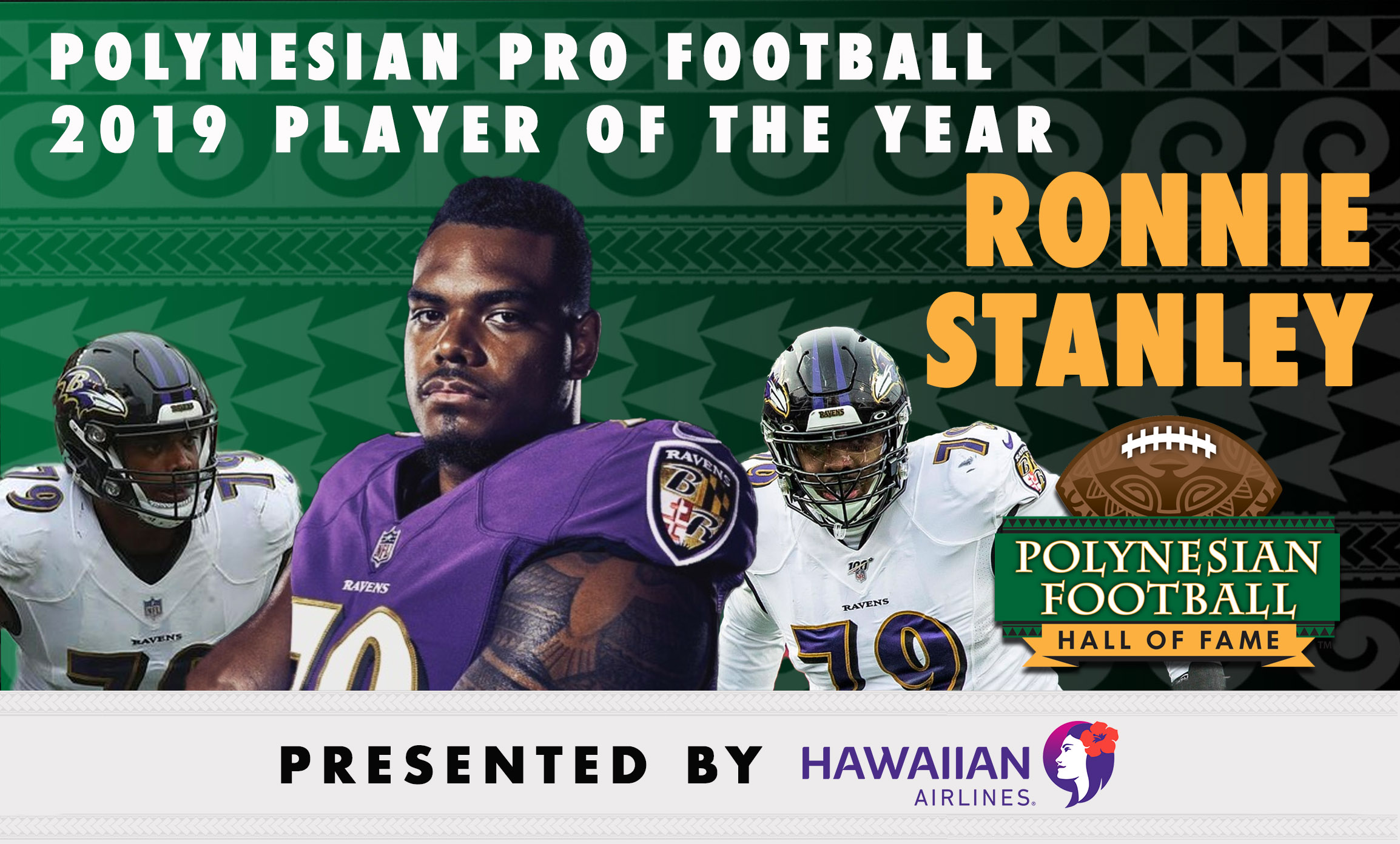 Honolulu, HI (January 7, 2020) – The Polynesian Football Hall of Fame announced today that Baltimore Ravens Offensive Lineman, Ronnie Stanley has been selected as the 2019 recipient of the Polynesian Pro Football Player of the Year Award presented by Hawaiian Airlines.

The 6-foot-6, 315-pound Stanley is of Tongan descent.  He is in his fourth season out of the University of Notre Dame. This year, Stanley helped lead the Baltimore Ravens to a 14-2 regular season record.  He has given up no sacks and only 5 QB hurries throughout the season while leading the Ravens to the #1 ranked offense in the National Football League. He was selected as a First Team All-Pro and was also named to the Pro Bowl.

The formal presentation of the Award will be held during the Polynesian Football Hall of Fame Celebration Dinner (January 17, 2020) along with being recognized at the Polynesian Bowl (January 18, 2020) in Oahu, Hawai`i.