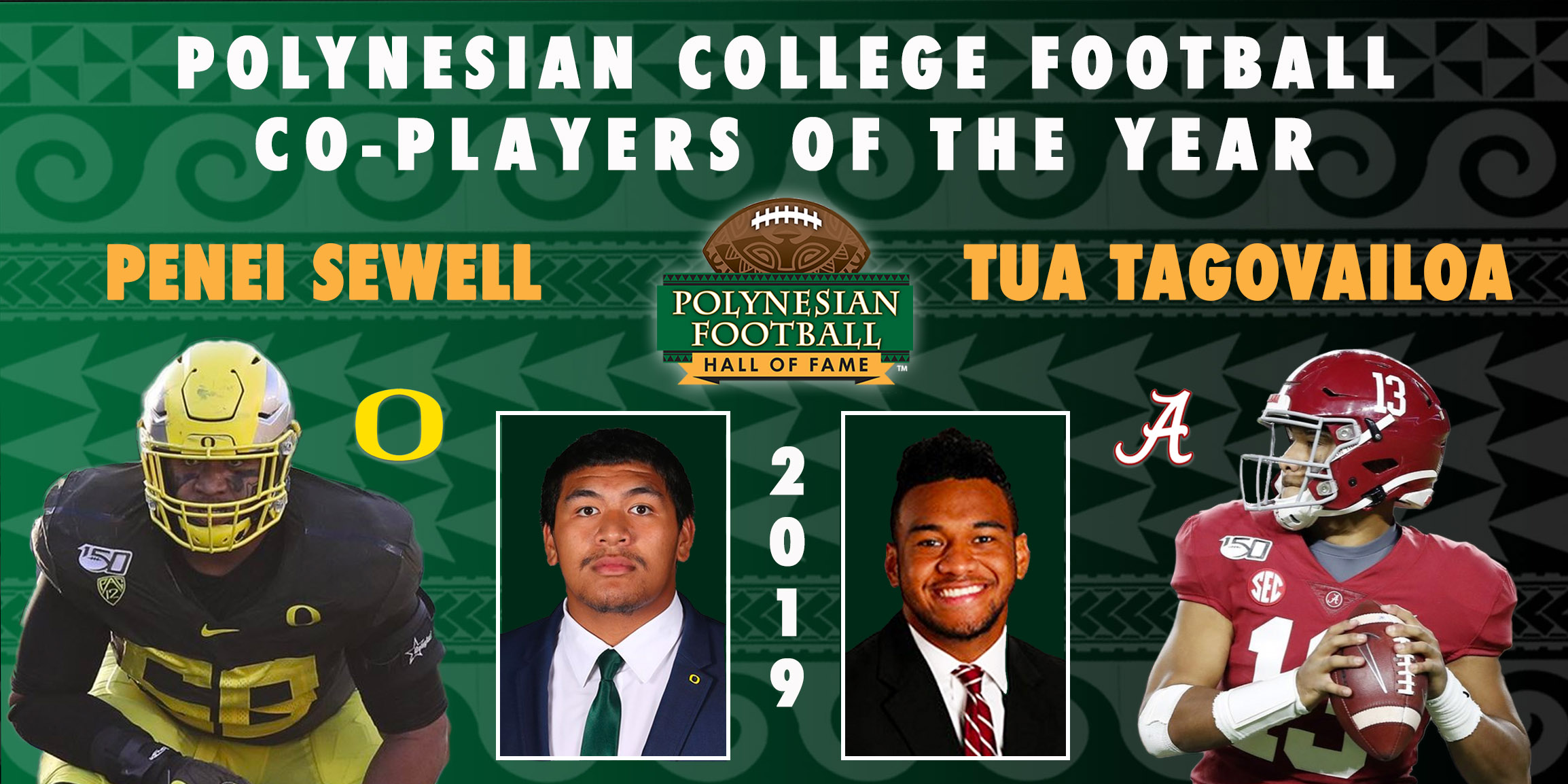 (CLICK HERE FOR A VIDEO MESSAGE FROM PENEI SEWELL)

(CLICK HERE FOR A VIDEO MESSAGE FROM TUA TAGOVAILOA)

Honolulu, Hawai`i (December 17, 2019) – University of Oregon Offensive Lineman Penei Sewell and University of Alabama Quarterback Tua Tagovailoa and have been selected as co-recipients of the 2019 Polynesian College Football Player of the Year Award.

Penei Sewell led the University of Oregon to an 11-2 record and the Pac-12 Championship.  Sewell became the first player of Polynesian Ancestry to win the Outland Trophy.  In addition to winning the Outland Trophy, he has been named a consensus first team All-American, to the All-Pac-12 Conference First Team and was named the AP Pac-12 Co-Offensive Player of the Year.